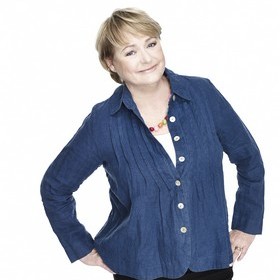 My childhood dreams did not include becoming a writer. If anything, I thought I might become an illustrator of children’s books. Drawing was one of my better school subjects.

I have told this story many times, and it is still true. It was on a morning round in the women’s clinic in Lund some time at the end of 1996 that I had the idea of murdering a colleague. Perhaps not someone I worked with. But who knows?
The doctor who had been on night duty was reporting to the staff taking over in the morning. A Caesarean section, or a haemorrhage, or whatever it was, had an elevated pulse, but everything had gone well. Yet the older colleagues would not stop asking questions and tormenting him. This was back in the days when the morning report was like a third-degree interrogation, a nasty habit that was later eliminated.
Suddenly a crazy idea popped up in my head. What if the night doctor didn’t come to the morning meeting? What if he was lying dead somewhere in the hospital? Murdered.
The thought that arose that morning stuck in my mind. I went home and killed a doctor at the computer. And so it continued, and I became the one “who writes about the health service as it really is” – according to people who actually work with health care.
It has been great fun and it has helped me to develop. You are forced to look at the world around you when you write.

The time was ripe

My childhood dreams did not include becoming a writer. If anything, I thought I might become an illustrator of children’s books. Drawing was one of my better school subjects.
Once when I gave a talk on a course in writing, one of the participants remarked that that was the best thing I said. You don’t need to have had a lifelong dream of being an author to sit down at the computer. If it works, it works, and you won’t know that until you try.
Today you can go on a writing course. I think you can learn a lot that way, but courses like that were not so common when I started writing. In any case, I didn’t have the time.
In my childhood there was plenty of writing around me. My father was a journalist on the newspaper Barometern in Kalmar. A man who had improved himself by studying at folk high school, he encouraged us to study and read. I grew up with well-filled bookshelves and the chattering of typewriters. My mother also read a great deal. She was a dental technician, but like many women in the fifties a housewife after I and my sister, two years younger, had come into the world.

One evening my mother and father came home, devastated with grief. Nothing would be the same afterwards.
I may have been about seven then, I don’t remember. Mummy was crying as she phoned her sisters and brothers. My little sister and I hid under the kitchen table as we always did when something terrifying was afoot. We sat there waiting until the dreadful thing, whatever it was, would disappear.
But it did not. Danger was to live with us for several years. Our mother had contracted breast cancer.
In the April of the year when I was in third grade, my mother died. Before that there had been periods with home helpers when Mummy was in hospital. One of them baked a very tasty rhubarb pie, another made great stews, and a third was particular about saying grace and bedside prayers. In between the home helpers we spent long periods with ordinary days when Mummy was at home, seemingly hale and hearty. As if that cancerous crab was not inside her, gnawing away at her body.

It was of course awkward and out of the ordinary to have a mother who had cancer and then died. It was like being breathless every single day. Defenceless and naked and forced to grin and bear it. No motherly care after she had died. Never again.
After she was gone, no one asked anything about her. Neither then nor later when I was grown up. People were “left in peace”, for better or worse. It was probably because the people around us did not know what to say or do. It was not that they were malicious, just clumsy.
And I became plucky, cocky even. I devoured books about people in tragic circumstances while Mummy was in hospital and we were not allowed to visit her because my sister and I were under fifteen. I pedalled doggedly to the library beside Kalmar Castle and borrowed books about lonely and abandoned girls who coped thanks to their good humour. Anne of Green Gables, Astrid Lindgren’s Kajsa Kavat and many more.
The silence persisted until I wrote “Dead Mothers Are Tricky Things” (in the anthology Rosa boken, published by Månpocket in 2012). When I read aloud from it at libraries it creates a sad but vibrant atmosphere. So many people have had similar fates.
When life becomes thorny I still look for a good book. One that can make things more comprehensible, expand the emotions, and perhaps cheer me up.

School was the fixed point in my life. Not because I was a genius, but because it was fun and enjoyable. We humans are social creatures, I am often reminded. That is why being unemployed is so devastating.
School also offered a degree of structure and peace that I could not always find at home. We had a stepmother for a few years. A lot could be said about that, but I shall say no more.
In my teens I decided to become a teacher. And so I did. How I enjoyed that! So much life, muddle, laughter and future! School is the most important thing a society has, in my opinion.
And yet I left that world behind. I became unemployed.
When we moved away from Växjö and my wonderful school to go back to Lund in 1983 I found it hard to get a teaching job. In a university town there is no shortage of well-educated teachers. I completely lost heart. Being able to earn my own living was a deep-seated principle for me, having grown up during a period of Sweden’s history when welfare and security was the mantra. Women had looked after the home and the children at the cost of being economically dependent on a husband. A woman could worry that he might up and leave her some day. This did happen, of course. Or she might want to leave him but could not.
I did not want to expose myself to this risk. Since so much of my childhood had been very bumpy and complicated, the security of being able to look after myself has always been important to me. And so I went the whole hog, embarking on two long educational programmes, as someone who is very afraid can do, someone who does not take anything for granted.

I married a medical student when I was twenty-two. In this way health care entered my life again. When we came to Lund I registered as a doctoral student in Scandinavian Languages, a subject that is still very dear to me. But I longed to get out of the lonely study in the ivory tower. I became increasingly envious of my husband and his important work. Health care was no longer as “dangerous” to me. Many years had passed since my mother fell ill and died.
So I applied to become a medical student and found myself doing new meaningful work. And did I study! When you read medicine there is a great deal to memorize, so many details, but I dutifully crammed everything into my brain. The future profession requires that. It is so totally different from studying subjects in the humanities. I am glad to have been in both worlds.
It is fun to be a doctor, although often it is difficult and demanding. Yet it is rewarding and meaningful. In some professions there is a tendency to undervalue older employees, besides which it costs less to hire younger people. That is not the way in the medical profession. Experience gives authority. That is why I find it enjoyable to go on working as a doctor, now that I have learned so much.
I work part-time. The amount varies. I fly or take the boat to Visby on the island of Gotland for a week or two. When I am there I stay in our summer cottage. That alone is a privilege. To hear the waves rolling towards the beach before I fall asleep.

Born in Kalmar in 1950.
Graduated in 1969 from the Stagnelius High School in Kalmar.
Studied at Lund University: philosophy, Swedish, religious knowledge.
Lived in Visby 1972–1973. First child born in 1973.
One year at the Teacher Training College in Malmö, 1975.
Lived in Växjö 1976–1983. Worked teaching immigrants in Alvesta, at the high school Finnvedsskolan in Värnamo, at the senior level of compulsory school in Ljungby, Alvesta and finally at Teleborg Centre in Växjö. Second child born in 1977.
Moved to Lund in 1983. Started as a doctoral student in Scandinavian Languages. Did not get as far as writing a dissertation.
Started medical studies in 1987. Began with two semesters at the Karolinska Institute in Stockholm, followed by a short time in Lund. Clinical training for three and a half years at Malmö General Hospital.
Registrarship as a physician in Oskarshamn, 1993–1994. Also worked seven months in the surgical department there in 1997.
Physician in the women’s clinic in Lund, 1994–2010. Qualified as a specialist in gynaecology and obstetrics in 1999.
Physician in the women’s clinic in Visby, 2010–.
Working part-time as a doctor since debuting as a writer in 2001 with Sista jouren (“Death on Call”).